Have a question? We have answers.
Submit your information below
and we will get back to you in 24 hrs. 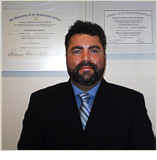 Daniel Zahavi has been a licensed, practicing attorney since 1996. In 1996 Mr.Zahavi began his career in his home country of the Netherlands until the year 2000 at which point business opportunities drew him to the Dutch Antilles island of Curaçao. In 2003 Mr. Zahavi founded and became managing partner of ZL Attorneys at Law. Mr. Zahavi has 15 years of experience in Corporate and Civil Law, Contract Negotiations, and Commercial Litigation in Dutch law as well as local (Netherlands Antilles) laws.

Unlike many large corporate law firms, Mr. Zahavi is uniquely capable and talented as both a master negotiator and successful litigator. This continuity of the professional relationship and successful outcomes in and out of the courtroom attracts clients such as large insurance companies, pension funds, utility companies, medium-sized and large companies, banking institutions, and high net-worth individuals (i.e. Shell Oil, Philip Morris, Rabobank, Bank Leumi, SGS International, Maghteshim Agan) to Daniel Zahavi at ZL Attorneys at Law.

Curaçao is a multi-cultural island that has been catering to multi-national companies since its European discovery 600 years ago. Mr. Zahavi and his staff fluently communicate in Dutch, English, Papiamentu, Spanish, Portuguese, French, German and Hebrew. Mr. Zahavi prides himself on the ability of ZL Attorneys at Law to service multi-national individuals and corporations. The ability to provide ease of communication, and therefore, comfort, for his clients is vitally essential. Mr. Zahavi is well known as a tough but even tempered litigator and negotiator. He often coordinates and co-refers with other internationally based attorneys and law offices. Mr. Zahavi has also been expanding his practice into Off Shore Business (the incorporation and management of various legal entities).

Mr. Zahavi has formulated strong relationships with several of the most established and reliable international banks, providing these clients with the security and confidence they need to know their assets are well managed and protected. Mr. Zahavi’s strong moral compass not only includes his business dealings with his clients, but extends to the Curaçao community as well. Mr. Zahavi is on the board of directors and provides council to the local association of people with disabilities. Mr. Zahavi and his family have lived in Curaçao exclusively for the last ten years, committed to continued community involvement as well as the development of important relationships with the local political sector.